PAINTING EXHIBITIONS > Secrets Are The Things We Grow 2013

Secrets Are The Things We Grow Mulherin, New York, April 2013 With Secrets Are The Things We Grow Canadian artist Kris Knight paints a cast of characters who consciously conceal aspects of themselves from those around them. They hide truths of who they are, where they come from and whom they love. They fear shame, rejection, gossip and embarrassment. They whisper stories but never want the story to be about them. Secrets have roots, they have currency, they accumulate and grow with time; some are short lived, while others haunt generations. Knight’s character’s front, they put on airs, and they pass; some bluff while others reveal their confessions without saying a word. Stemmed from personal stories, these young men isolate themselves from those around them. Some of Knight’s portraits appear as islands, while other paintings portray the bonds formed when secrets are revealed to those held closest. Within these portraits are references to the garden and exercises in pattern work representing how secrets are rooted and grow with time and sometimes take over. These ambiguous portraits depict the balancing act of deeply holding secrets but longing to let them go. 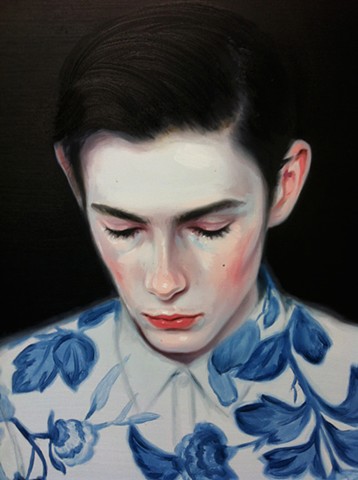 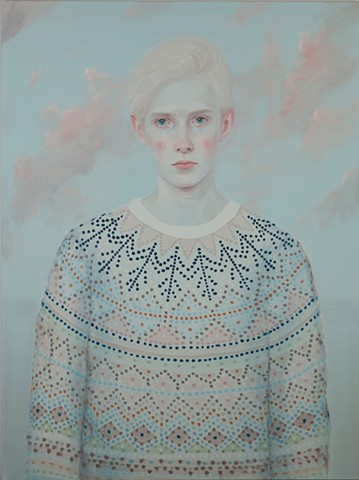 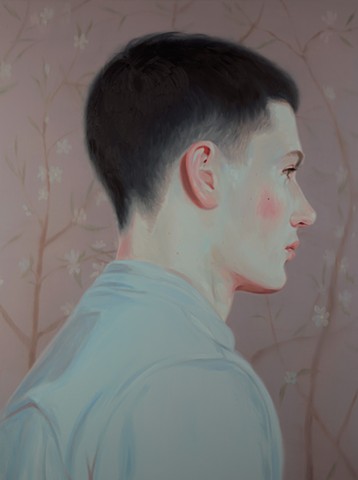 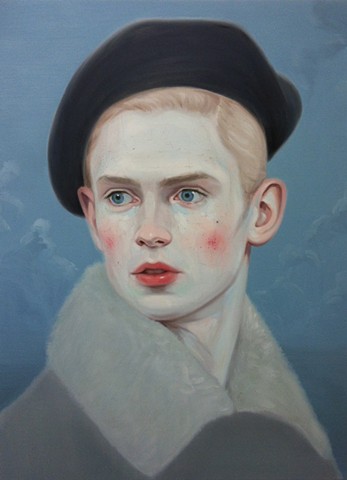 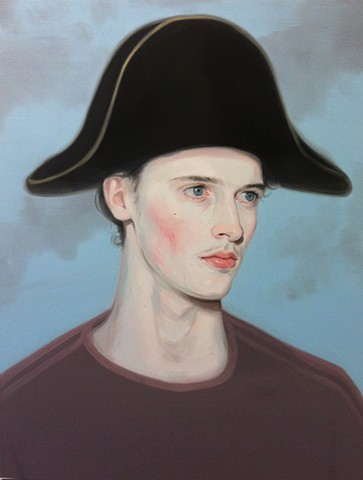 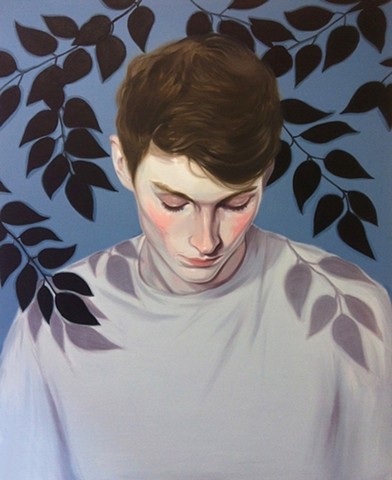 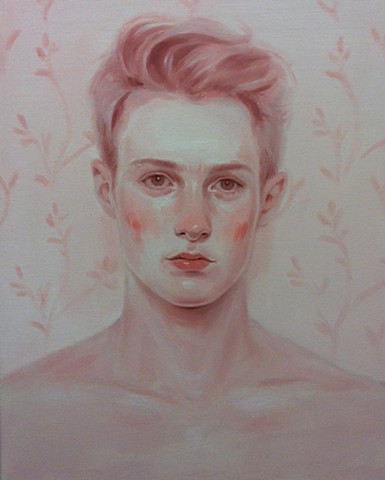